This email address is being protected from spambots. You need JavaScript enabled to view it.

Are you in the Mississippi-Rideau Region? Click on our map to find out. Click on any region on the map to be redirected to their web site. 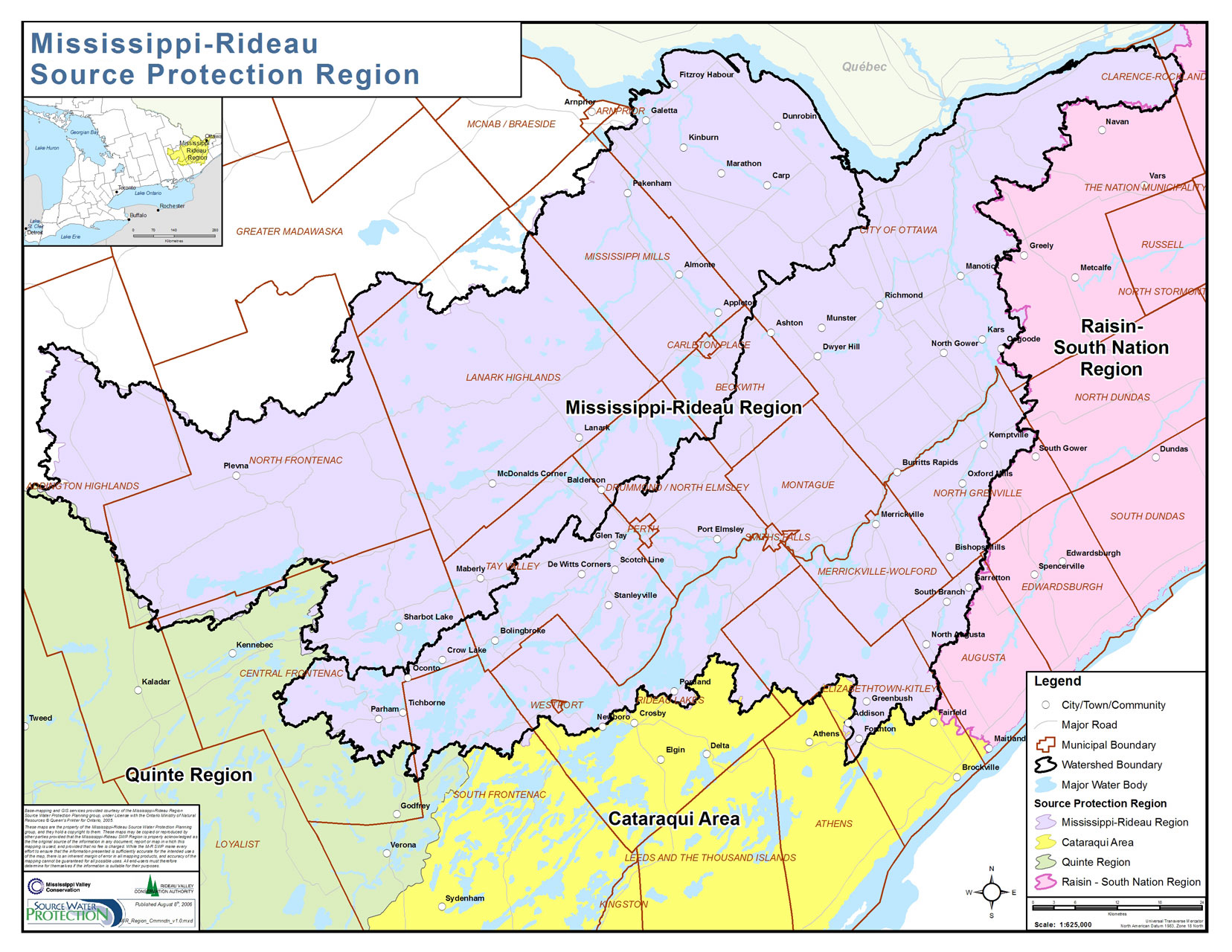 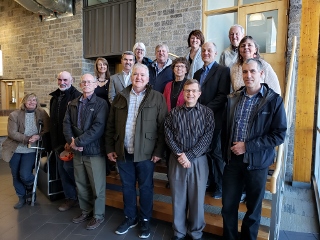 The Source Protection Committee meets to discuss technical assessments and source protection policy. Meetings are open to the public.

The guiding principles of the Mississippi-Rideau Source Protection Committee are that source protection policies must be effective, practical, cost-effective and have widespread support.
Published in About
Read more...
Monday, 03 November 2014 00:00

About three quarters of the population of the region live in an area that is serviced by the 12 municipal drinking water systems that are the focus of the Mississippi-Rideau Source Protection Plan.

The 12 drinking water systems in the region are: 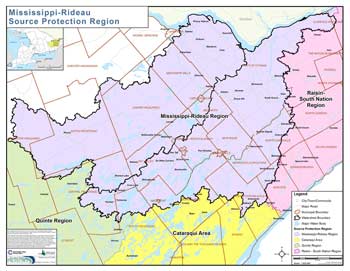 The Story of Source Water Protection in Ontario

The Walkerton tainted water tragedy occurred as a result of E. coli contamination of the groundwater supplying a municipal well. Seven people died and thousands more became ill from drinking the contaminated water. Justice Dennis O’Connor led a public inquiry and made numerous recommendations to better protect Ontario’s drinking water in the future. A key conclusion was the need to have multiple layers of protection in place, a concept commonly referred to as the multi-barrier approach. The first barrier is protecting the drinking water at the source or “Source Water Protection.”

The Ontario Government responded to the Walkerton Inquiry recommendations by strengthening existing legislation and introducing new legislation where needed. Ontario did not have any legislation specifically to protect drinking water sources so the Clean Water Act was enacted and the Source Water Protection program began. The focus of the Clean Water Act is the protection of rivers, lakes and groundwater where they supply municipal drinking water systems (the large systems that serve villages, towns and cities). Source protection planning was undertaken locally in 19 source protection regions across Ontario.

Each region created a Terms of Reference that outlined the approach, tasks and responsibilities for the source protection work ahead.

Terms of Reference for the Rideau Valley Source Protection Area

Terms of Reference for the Mississippi Valley Source Protection Area

Assessment Reports are a compilation of studies looking at each watershed’s physical characteristics, water quality and quantity and land use. Assessment Reports were needed in order to understand how water is distributed throughout the watershed and where there are risks of overuse or contamination. The Assessment Reports resulted in the mapping of vulnerable areas around municipal wells called “Wellhead Protection Areas” and near municipal water treatment plant intake pipes called “Intake Protection Zones” These areas became the focus of where mandatory policies in the Source Protection Plan would apply. The Assessments Reports also identified “Highly Vulnerable Aquifers” and “Significant Groundwater Recharge Areas” throughout the region where non-mandatory policies could apply.

The Source Protection Plan contains the policies to protect local drinking water sources. The policies differ from region to region across the province and were decided upon by the Source Protection Committee with input from municipalities, provincial ministries, First Nations, business sectors, farmers, environmental interests, property owners and the public. The policies range from outright prohibition of activities that threaten drinking water to education and outreach policies to encourage voluntary good practices.

The Mississippi-Rideau Source Protection Plan received approval from the Minister of the Environment and Climate Change, the Honourable Glen Murray, on August 27, 2014 and came into effect on January 1, 2015.
Published in About
Read more...
Monday, 03 November 2014 00:00

Source water is the raw water that we take from lakes, rivers or underground aquifers to supply people with drinking water. “Source Water Protection” or “Source Protection” means protecting these sources of drinking water from contamination and overuse. The focus is on prevention and this work is meant to complement the work of water treatment plant operators who ensure municipal drinking water is properly treated, tested and safely delivered to your tap.

Four great reasons to protect drinking water at the source:

Water treatment is not always enough.
Water treatment systems do not remove all contaminants from water, particularly some chemicals. The safest approach is to prevent contamination in the first place.
Prevention saves money.
It is much cheaper to keep water clean than to try to remove contaminants. A 2010 spill from a home heating oil tank in eastern Ontario cost $1 million to clean up. The spill might have been avoided by ensuring the tank was in good repair.
Contamination can ruin a water source forever.
Sometimes contamination cannot be cleaned up and a water supply must be shut down. The community of Manotick, Ontario lost access to its groundwater in the 1990s when it was contaminated by chemicals from a dry cleaning business. Since then, water has been piped into Manotick from urban Ottawa.
Source protection has other benefits.
Clean and plentiful sources of drinking water protect property values and support tourism and recreation, business development and fish and wildlife habitat. All of which create healthy local economies and viable, vibrant communities.

Published in About
Read more...
FaLang translation system by Faboba

Made possible through the support of the Government of Ontario